International Workers’ Memorial Day is on the 28th April, when unions pause to remember workers who have been killed, injured or made sick on the job, and to reaffirm our commitment to fight for the safety at work of all working people. 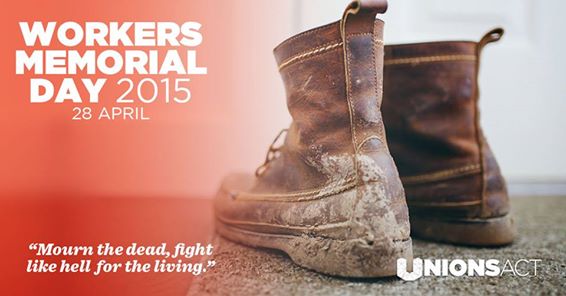 The ceremony was held at the National Workers’ Memorial, on the north side of the lake, west of King’s Avenue Bridge.

Alex White reminded us that last year in Australia, 186 people were killed at work. And we note that only this week two workers were killed and another injured in an accident in Sydney. Construction work is particularly hazardous: an average of one worker a day is injured in Canberra alone.

At the end of the ceremony, people placed flowers at the foot of each of the memorial columns.

A barbecue lunch was provided by the CFMEU. 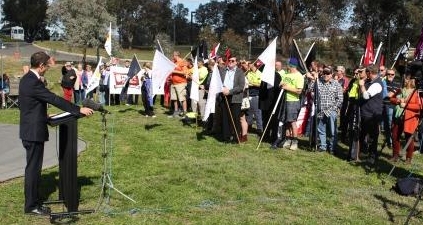