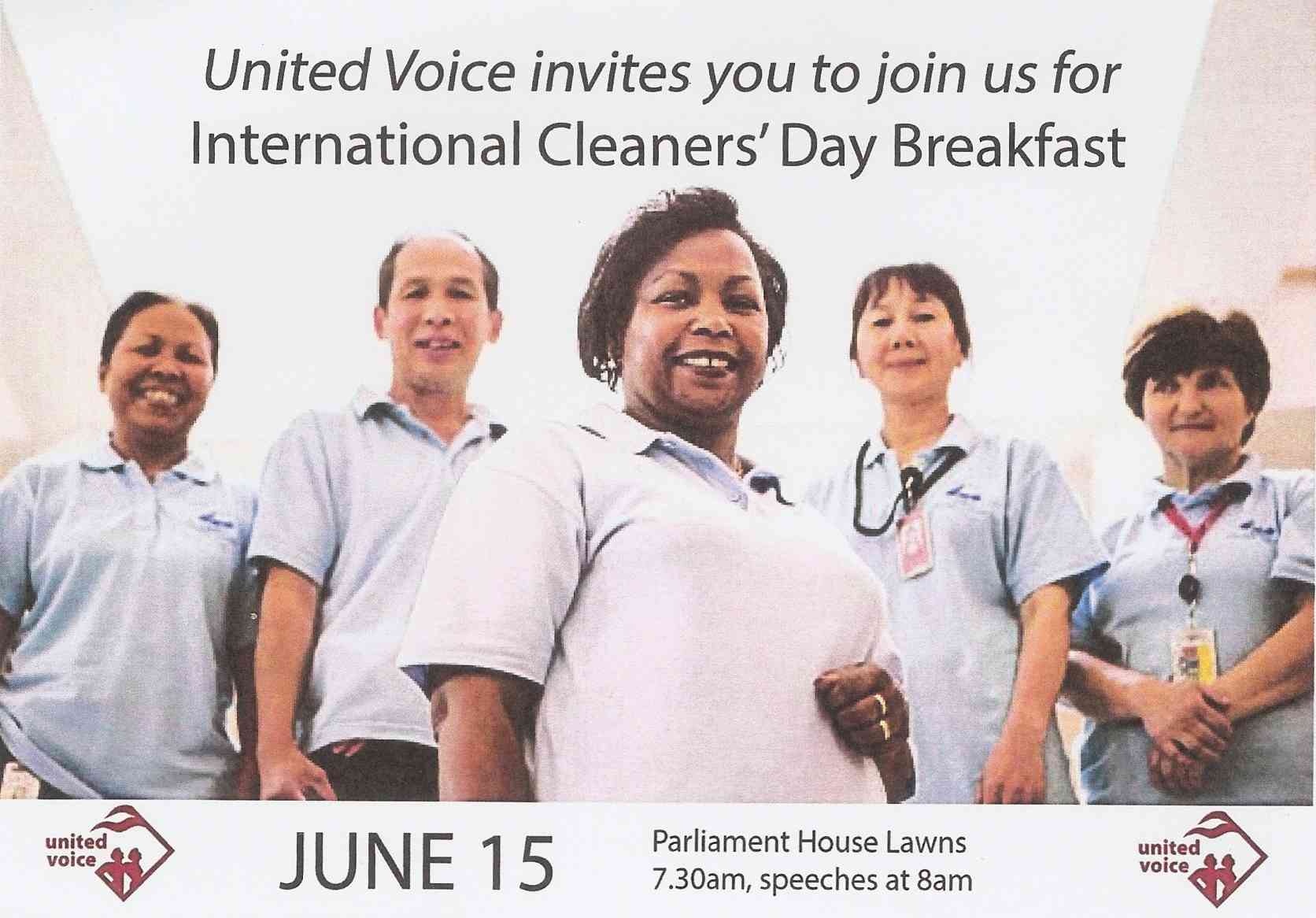 Striking cleaners hosted a breakfast for the public on Monday on the Parliament House lawns in Canberra.

Parliament House cleaners have not had a pay increase for 3 years and voted unanimously to hold a 24 hour strike.

United Voice national president, Jo-anne Schofield, said that cleaners of Commonwealth buildings had had their annual pay cut by an average $6,837 a year, as a direct result of the Abbott government’s removal of the Cleaning Services Guidelines.

The striking cleaners were met with a cheering guard of honour, with brooms held above their heads as they passed between the lines. 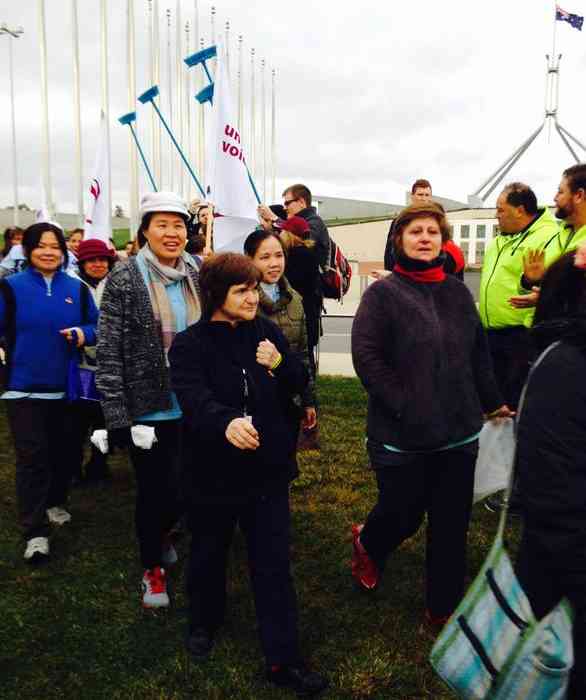 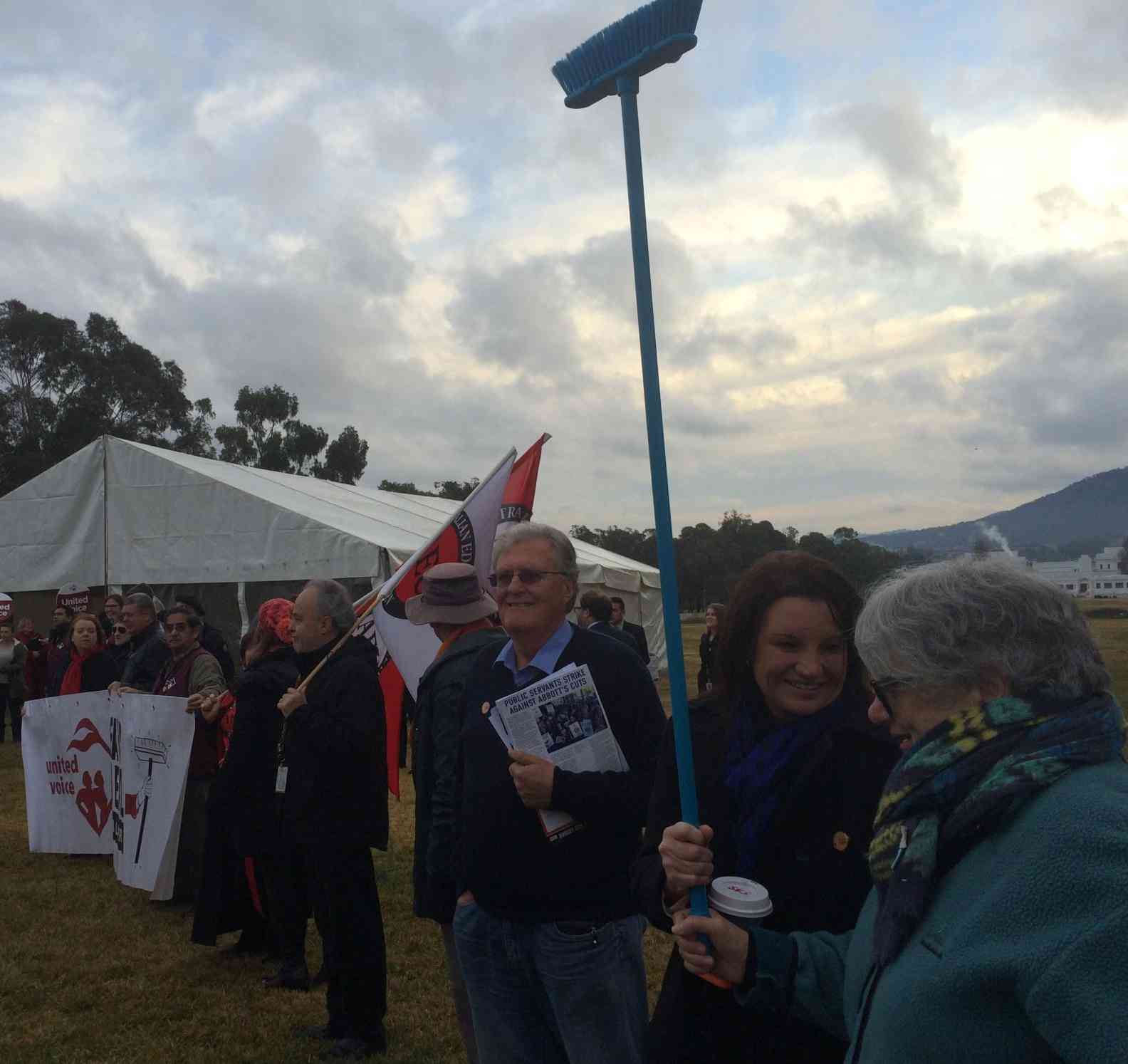 Vintage Reds were among a sizeable and enthusiastic crowd of supporters: 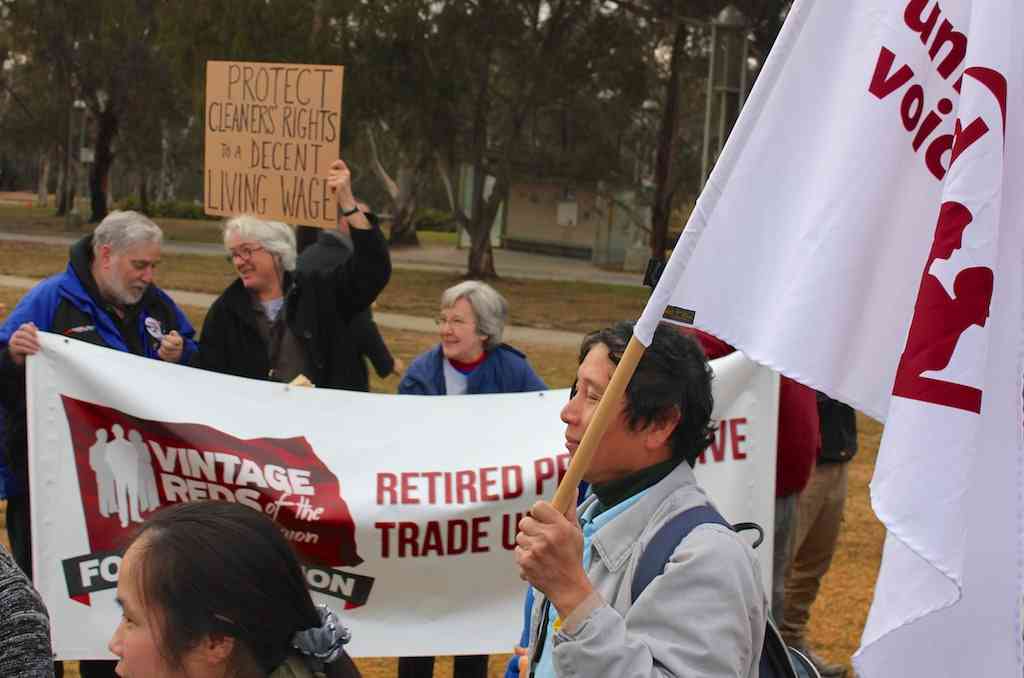 (Thanks to Bill Rowlings for the photo.)

The Golden Toilet Brush (won by Tony Abbott last year) was awarded to Joe Hockey, after what must have been a tight contest. It is not known just how many toilets Mr Hockey owns, but surely enough to warrant this accolade, presented by Senator Glenn Lazarus.

Parliament House cleaners won a Special Commendation at this year’s May Day dinner at the Woden Tradies’ Club.