Copies of Fair Go for Canberra’s “FAKEA” leaflets caused a buzz at the Vintage Reds November meeting, which was held the day after the grand opening of the new IKEA store. 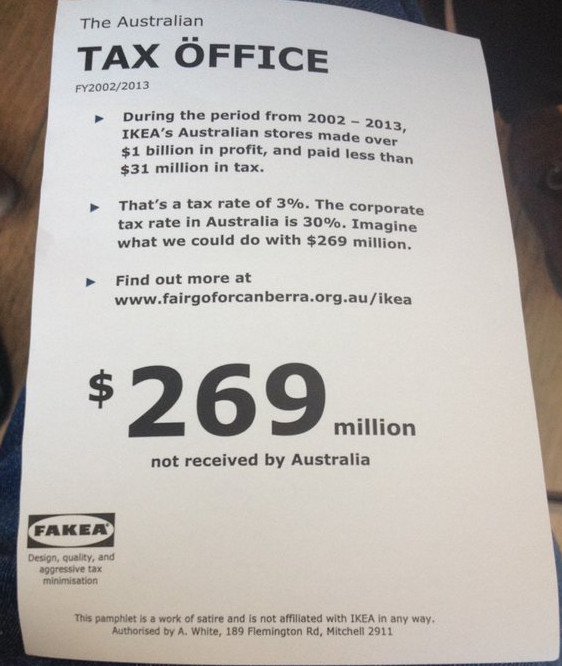 Activists placed mock IKEA catalogues and fake price tags on sale items around the store, highlighting the aggressive corporate tax minimisation of major multinationals like IKEA. Over the decade to 2013, IKEA paid just 3% tax on its profits in Australia, instead of the 30% one would expect, resulting in $269 million missing tax dollars for health, education, etc. etc.

Clever accounting tricks are used to minimise tax – some spectacularly ingenious, along the lines of being charged by a family member to use the family surname and claiming the cost as a tax write-off!