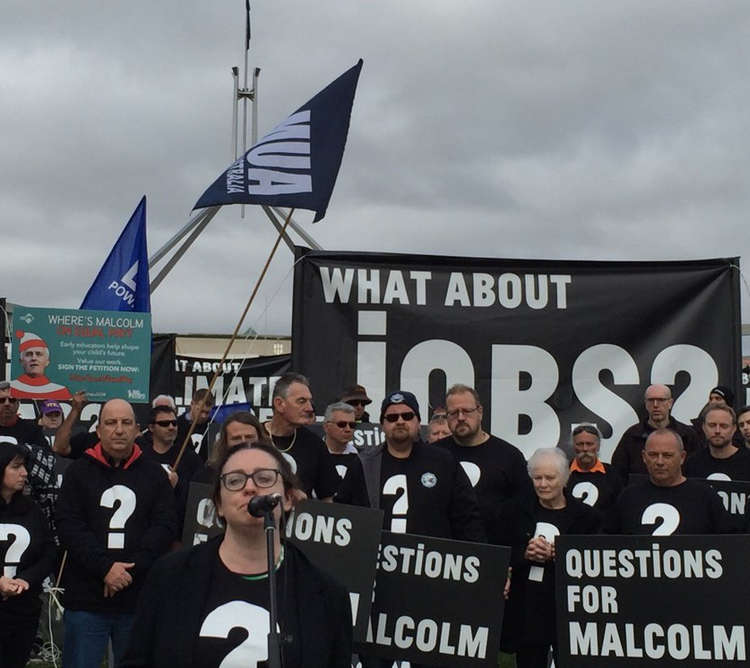 Vintage Reds member and president of the Superannuated Commonwealth Officers’ Association, Annette Barbetti, was one of many excellent speakers at a rally in front of Parliament House on Monday 18 April.

Annette spoke about the difficulties faced by pensioners and superannuants under the current government.

Guardian Australia writer Van Badham fronted the rally, organised by the ACTU, and the twitter hashtag #questionsformalcolm trended wildly as people jumped into the conversation with their own concerns:

The CFMEU asks Malcolm, “Why would you rather collect HECS from the dead than collect Tax from billionaires?”

Glenn Fowler at the AEU asks Malcolm, “Why won’t your government honour its signed commitments to fund schools according to student need?”