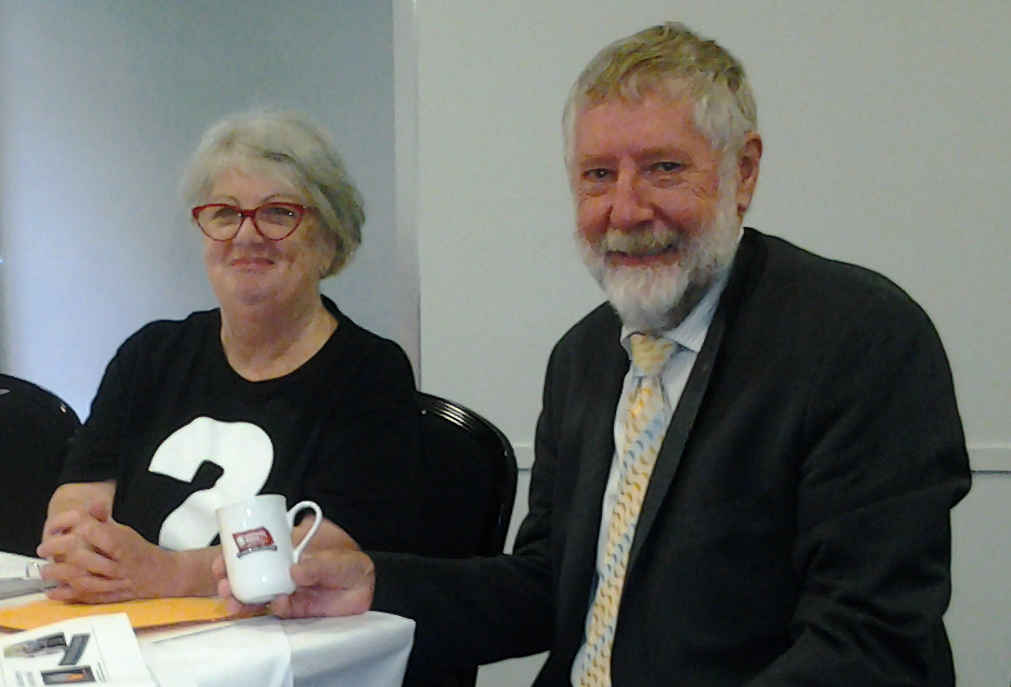 Public health begins with clean water and sanitation. We heard about Dr John Snow and the Broad Street pump in 1854. Cholera was a scourge in unsewered London, but the medical world believed that the disease spread through the air. After one outbreak Snow mapped the cases and found that the outbreak centred on a public water pump in Soho.

Politics moves slowly and a catalyst is needed to make things happen. In London this was the 1858 “great stink”, when the growing problem of untreated sewerage and industrial waste, running straight into the Thames, became so bad that an engineer was brought in to find a solution.

The PHA has a number of policies that it focuses on, renewed every 3 years. Plain packaging for cigarettes was one: the catalyst for this was the Health minister Nicola Roxon’s father’s early death from cancer.

Michael referred to last year’s Boyer Lectures, from Sir Michael Marmot, on “Fair Australia: Social Justice and the Health Gap“. Health is affected by social determinants such as income, education, what employment people are in.

Philip Pettit’s Republicanism: A Theory of Freedom and Government (Oxford Scholarship Online, 1997) was an important influence on Michael’s views about “good government stewardship”. Industry, supported by the likes of the Institute of Pulic Affairs, Andrew Robb, and David Leijonhelm, snipes at the “nanny state” and calls for less government interference in people’s lives. (Dr John Snow was attacked in similar ways.) But Pettit notes that freedom is about not being dominated. When corporations market junk food to children on prime time TV, the IPA’s preferred “personal responsibility” for our decisions in life gets us nowhere. Simon Chapman, professor of public health at Sydney University, has written on the many ways the “nanny state” is good for us. Sadly, but ironically, the chain-smoking Conservative Health minister in the UK who coined the term in the pages of the Spectator in 1965 died suddenly at 57 of a heart attack.