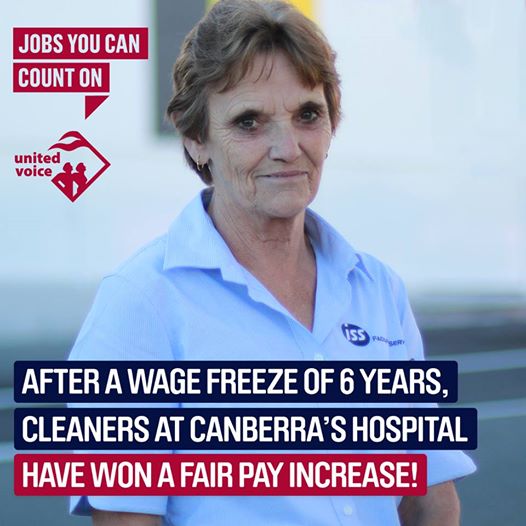 For six years, while the demands at work steadily increased, wages for cleaners at the Canberra Hospital were essentially frozen.

But after a long struggle, the hospital cleaners have won a pay rise from the contractor, ISS.

ISS, a global multi-national, claims to have made a profit last year of almost half a billion Australian dollars.* 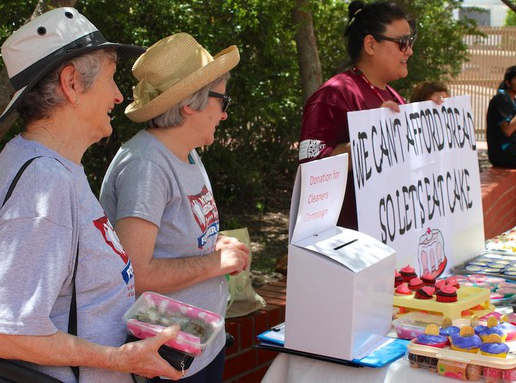 The size of the cleaners’ pay rise is under a dollar, and the union is still working to bring their wages up to the ACT public service minimum of $24 per hard-working hour. But even this small pay rise couldn’t have happened without the solidarity of cleaning staff and their union. Cleaners have been active and noisy and have run campaign after campaign to get their voices heard. The photo at right shows a “Let them eat cake” stall in November last year outside the hospital.                                                    Photos: United Voice; Bill Rowlings.