Stand Up for Refugees: There is a Better Way 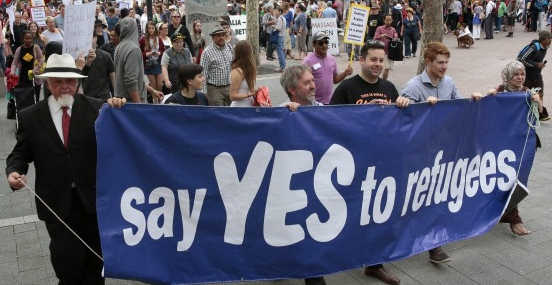 Canberrans turned out in large numbers on Sunday to the rally organised by the Refugee Action Committee. 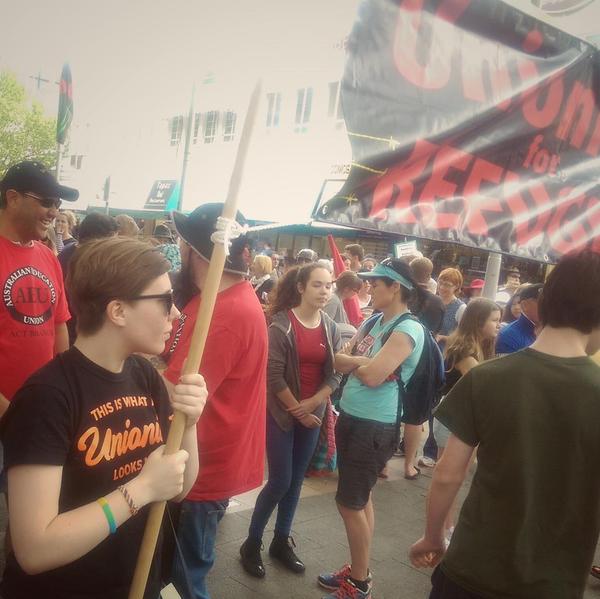 Vintage Reds joined the Unionists for Refugees contingent which marched into Garema Place under its banner, along with Labor for Refugees, Academics for Refugees, the Greens, and many other groups. It was a dynamic way to start things off, with banners and flags and colourful union T-shirts, and was much appreciated by the assembled crowd.

Moya Simpson and John Shortis performed their song, “We are all in the Same Boat“, before a really fine list of speakers addressed the rally.

Here is some of what we heard: