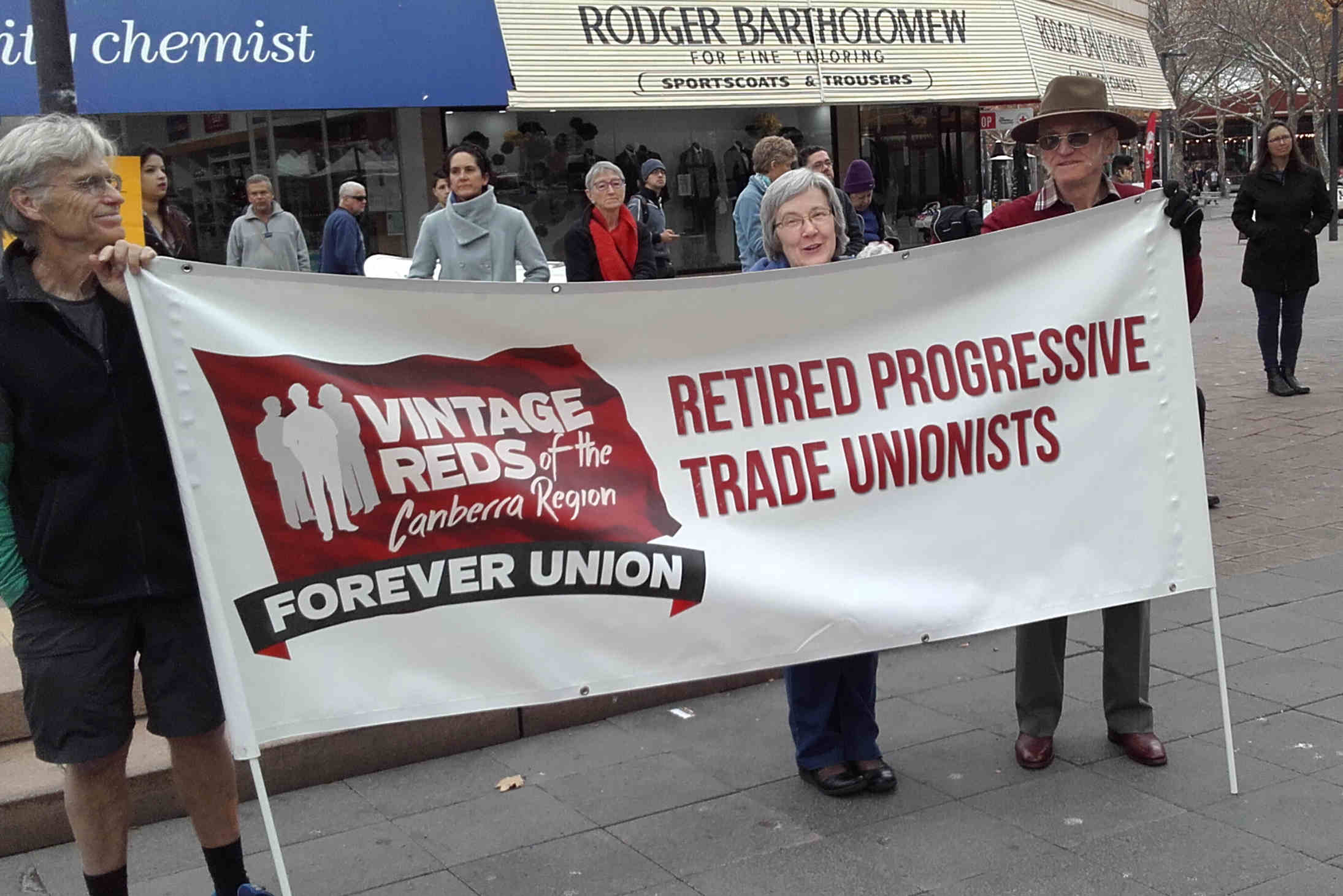 Vintage Reds joined a rally held in Garema Place on 17 June to mark the drafting at the United Nations in New York of a treaty to ban and eliminate nuclear weapons.

A poll of a thousand Australians earlier this year found 73% in favour of our government supporting such a treaty; only 10% were opposed. The Turnbull government has chosen to go with the 10%.

Since then the Treaty on the Prohibition of Nuclear Weapons has been finalized, with 122 countries in favour, out of the 123 which took part in drawing up the treaty (a total of 192 countries are represented at the UN).

The Table Reds sang John Brunner’s song, “Don’t you hear the H-bomb’s thunder”, composed for the first Aldermaston anti-nuclear bomb march by the Campaign for Nuclear Disarmament in 1958. This choral group performed first at the Vintage Reds Christmas lunch some years ago and specializes in four-part a capella songs.

“Men and women, stand together; do not heed the men of war.
Make your minds up, now or never; ban the bomb for ever more!”