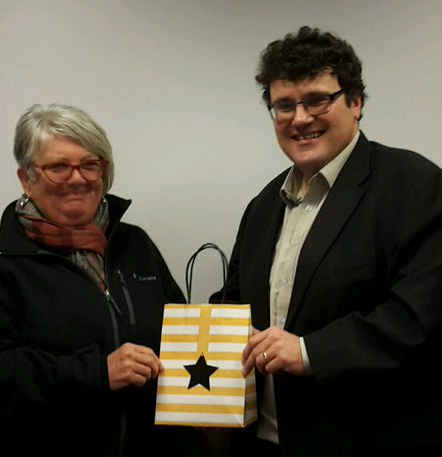 Dr Frank Bongiorno, from the ANU’s School of History, spoke to the Vintage Reds on the topic, “Labor, Labour and Australia’s 1980s”. His talk concentrated on the political and industrial dimensions of the decade.

The 1980s were a very successful period for the ALP. There were some major changes: deregulation; less protectionism. Most spectacularly, in December 1983 the dollar was floated; foreign banks could now operate in Australia, and financial markets grew more important. The Labor government subjected itself to these markets, as part of an effort to distance themselves from Gough Whitlam. There was less universality in welfare, instead the more targeted “No Australian child will live in poverty by 1990”. There was a squeeze on the middle for a decline in real wages for the prices and income accord. Medicare was an exception, a revival in 1984.

The new direction was very disorienting for those used to a party which didn’t respond to market forces. There were complaints, letters to the editor. The ALP was seen to have abandoned its traditions. The 1980s were the decade of “greed is good”, and the big bank disasters. Frank’s favorite 1980s character is John Friedrich, a con man who came to Australia as an illegal immigrant from Germany in the mid-1970s, became the head of the Victorian National Safety Council and took out loans totalling hundreds of millions of dollars. The banks fell over each other to lend him the money. There is a dissonance at this time between the great story of deregulation, from which great things were expected, and the crooked behaviour of corporations.

The ALP wanted to move to a high-tech future for the country and ditch the “quarry” model. It can be said that the last 30 years of Labor neo-liberalism and de-industrialisation comes off the back of all this.

Labor won in 1987, but by 1990 got less than a 40% primary vote. Old loyalties were dissolving, a taste of the future for the party. Of course Australia was not alone in its shift to deregulation. Thatcher and Reagan did the same; but centre-left governments too. Australia though had a wages accord. New Zealand at the same time had “Rogernomics”.

One VR member who worked in the Dept of Social Security in the 1980s commented that both sides of politics ground down the unions at that time. Labor did it by co-opting unions and making it clear that their path was with government. The introduction of agency bargaining divided the public service. Everyone went onto different contracts and there was no longer any solidarity. Frank noted the Treasurer’s complaint about flat wages: well yes, and it’s a result of years of union bashing.

Frank’s last comment was on compulsory voting: both parties cooperate to do the rest of us in.