Pete Van Ness, from the Department of International Relations, ANU, spoke to the Vintage Reds on the topic of nuclear power. 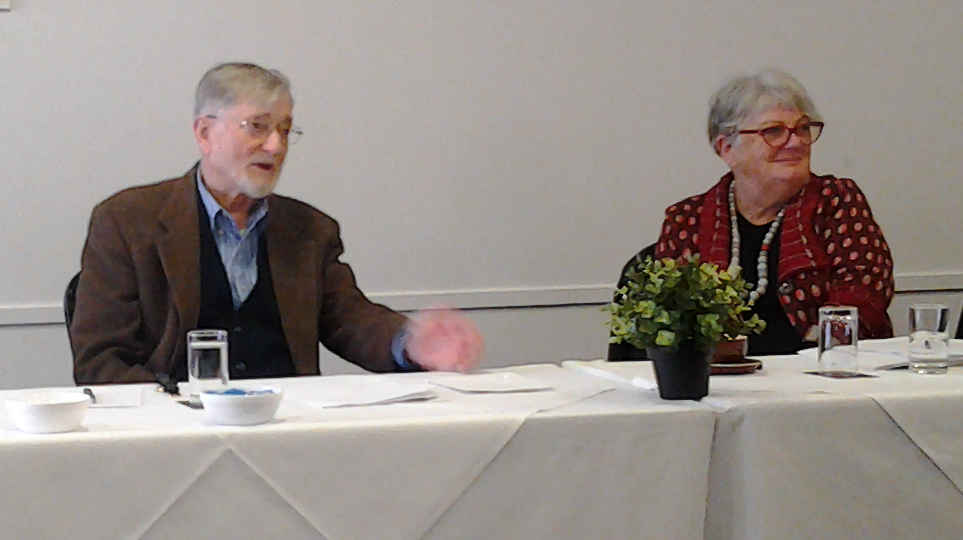 Pete and Mel Gurtov are the editors of a recently published book, Learning from Fukushima: Nuclear Power in East Asia. (The book is available for free download from the ANU Press.)

The project developed from an ANU workshop which aimed to respond in a helpful way to the March 2011 triple disaster (earthquake, tsunami, and nuclear meltdown) in north-eastern Japan. It evolved into a collaborative investigation of whether nuclear power was a realistic energy option for East Asia

The focus was on the ten members of ASEAN, none of which have nuclear power plants; though at the time, Vietnam, Malaysia and Indonesia were all interested in getting one.

The book ends with nine reasons why nuclear power is a bad choice for any country which is not already a nuclear weapons power. These are:  1 the high cost of construction;  2 continuing need for very highly trained staff;  3 difficulty for a regulatory authority to be transparent, and lack of transparency that goes with high levels of security required around nuclear facilities;  4 huge liability in the event of an accident, frequently paid by the public;  5 cost of decommissioning, under both normal and crisis conditions;  6 the relationship between nuclear power generation and nuclear weapons;  7 the intractability of the problem of nuclear waste disposal (there is currently still no site for the permanent storage of high-level nuclear waste anywhere in the world;  8 the health implications of exposure to radiation, including much lower levels than previously believed; and  9 the insufficiency of nuclear power as an answer to concerns about climate change.