Today marks the first day of the Parliament’s spring sitting in Canberra. Vintage Reds joined ICAN this morning to welcome members of parliament and staff back to work:

The International Campaign to Abolish Nuclear Weapons had a historic success at the UN in New York this last month, when 122 countries signed a Treaty on the Prohibition of Nuclear Weapons. Australia, though, squibbed; it voted against the 2016 UN resolution that established the mandate to negotiate a treaty, and did not take part in the Treaty process.

Anthony Albanese added his voice to our call on the government to think again, for heaven’s sake: 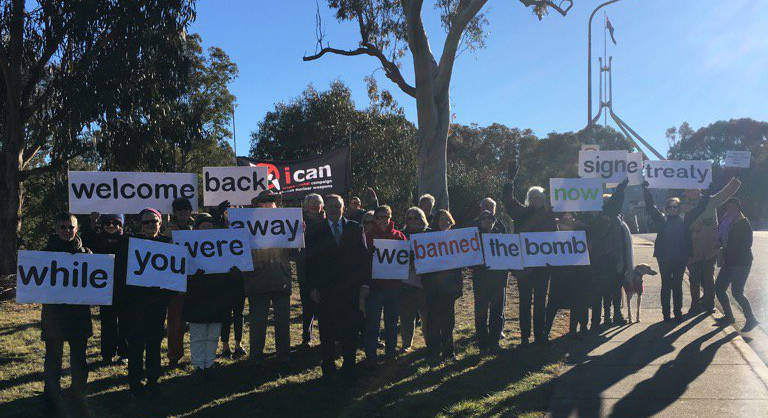