The Vintage Reds congratulate the International Campaign to Abolish Nuclear Weapons on being awarded the 2017 Nobel Peace Prize.

The prize is for ICAN’s “work to draw attention to the catastrophic humanitarian consequences of any use of nuclear weapons and for its ground-breaking efforts to achieve a treaty-based prohibition of such weapons”.

ICAN has worked for over a decade to get to this remarkable victory. Here’s a link toThe Conversation‘s short article on the organisation’s history. 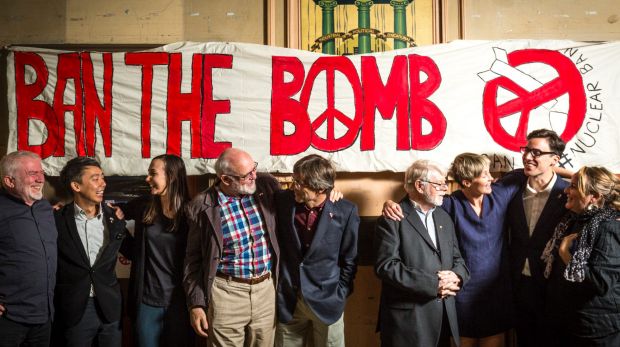