At the end of a family holiday we reached Narita airport in Tokyo looking forward to a trip home under the care of JAL, a reputable airline. Or so we thought. But that was before we met a group of sacked JAL employees distributing leaflets in front of the departure gate. 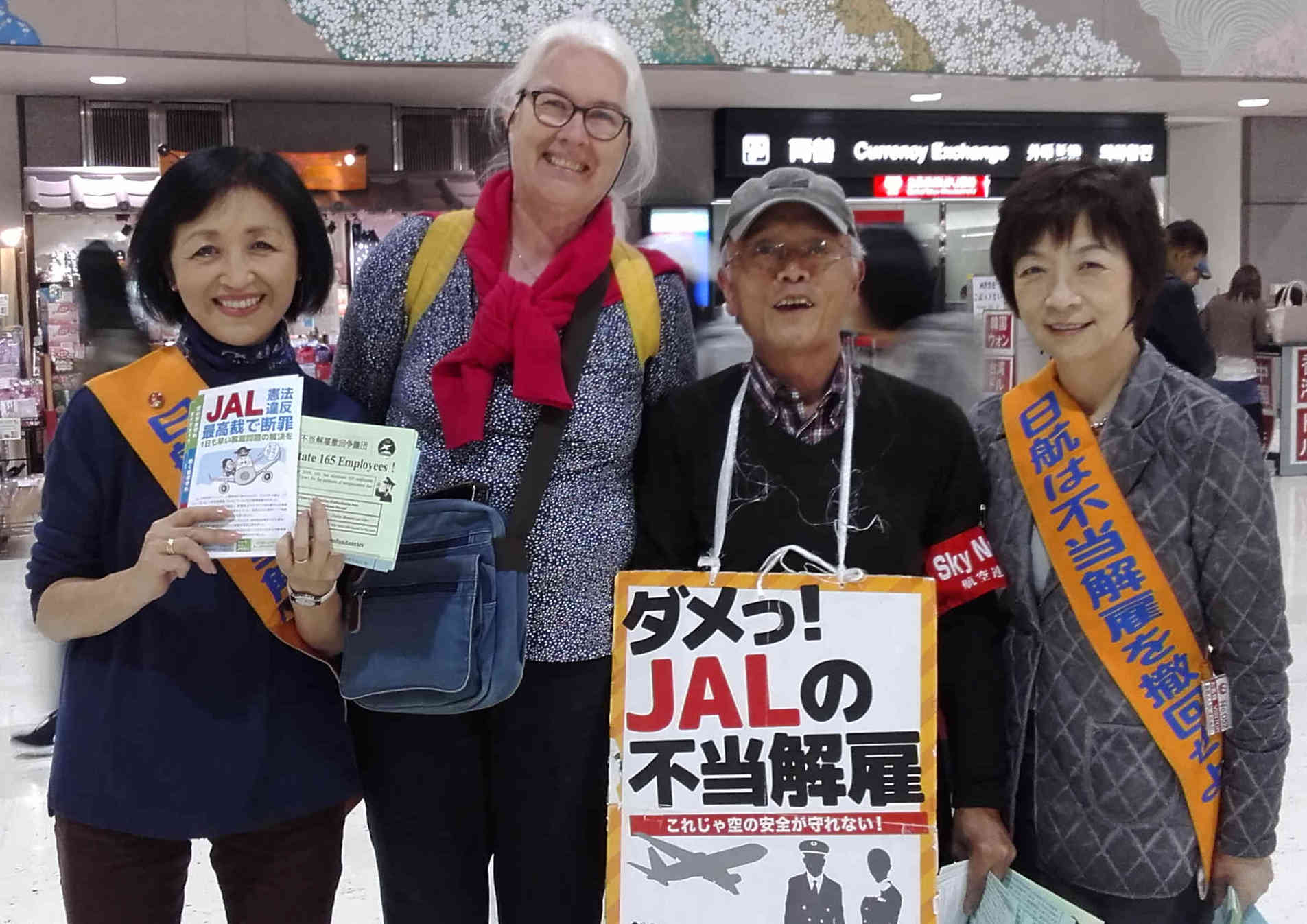 JAL went bankrupt in 2010. But Japan’s corporate support system protected JAL and helped it to reorganise; staff were persuaded to take pay cuts, and pension payouts were halved. JAL was able to make a profit in the same year it had gone bankrupt. Despite this, on New Year’s eve, 2011, JAL sacked 165 people. A year later, its profit margin reached 17%. Of the cabin crew fired, a large majority were union members. And having fired 165 people in 2010, JAL then hired 940 new employees in 2012.

72 sacked staff took the airline to court in early 2012, and after that case failed, they appealed in 2014 to a higher court. This court found that JAL had interfered with union activities and engaged in unfair labour practices during the course of its business restructuring, at a time when JAL’s Flight Crew and Cabin Crew unions had voted to establish the right to strike.

In late 2016 the Supreme Court overturned JAL’s appeal against this decision, in favour of the sacked workers. But these workers picketing at Narita have not been given their jobs back, and neither have their workmates. JAL has so far got away with reprehensible anti-union and anti-worker measures under cover of a very temporary bankruptcy. These union members’ long-term resolve is really admirable and we wish them success.