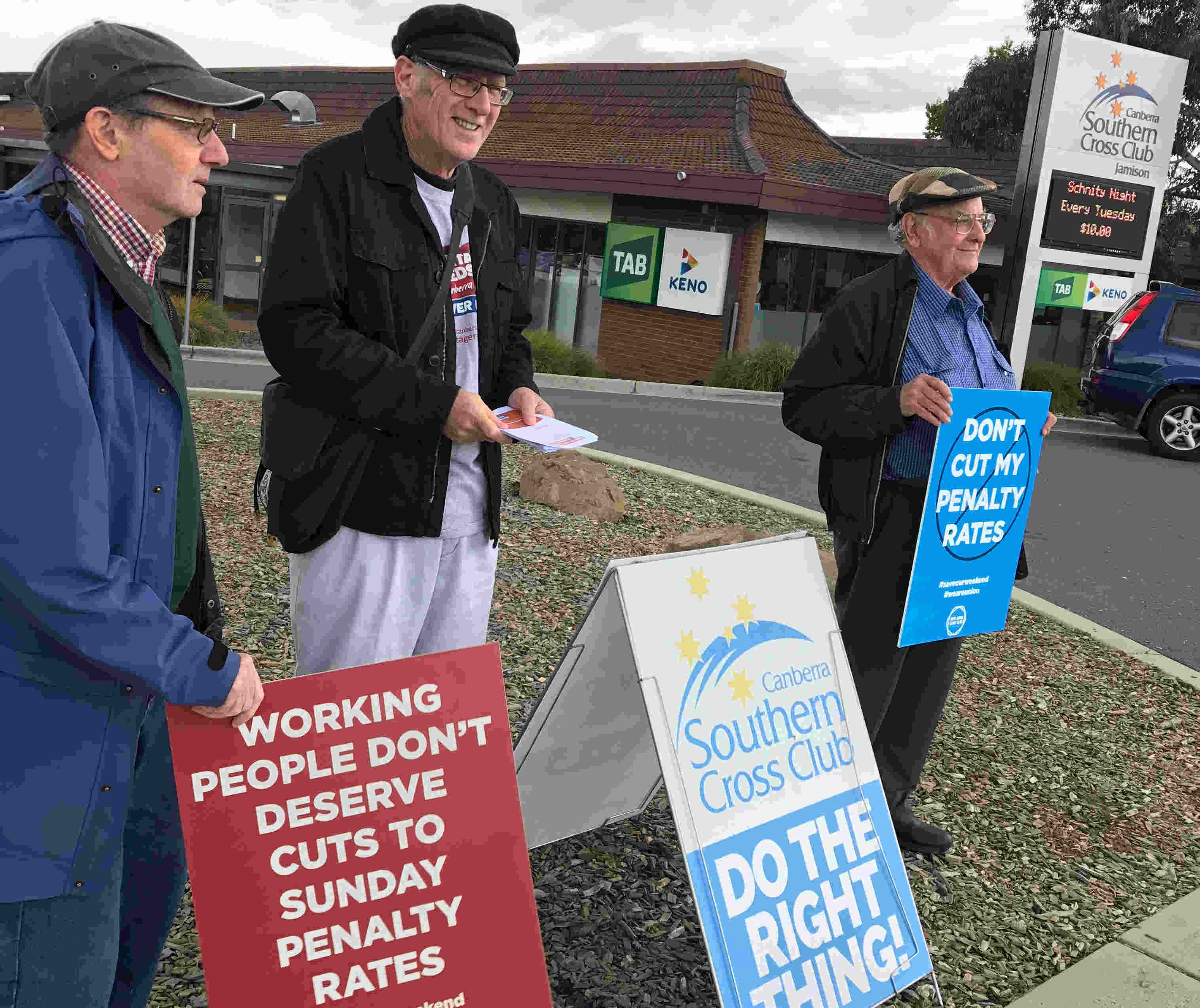 The club has managed to procure a new agreement which will cut Sunday penalty rates for some of its lowest paid workers from next year.

A Canberra Times reporter quoted Lyndal Ryan, United Voice union secretary: “We think clubs that hold themselves up as virtuous and community bastions should start making a decent commitment to those workers who don’t deserve to have their wages cut.” (9 June 2017)

It was also noted that the Southern Cross Club made over a million dollars profit in the financial year 2015-16.